Pakistan is blessed with vast agricultural resources on account of its fertile land, well-irrigated plains, extremes of weather, and centuries old tradition of farming.  It is because of its central importance in the economy that the Government has identified agriculture as one of the four major drivers of growth.

Pakistan annually produces about 2 million tons of potatoes.  Though varying from year to year, area and production of potatoes in Pakistan have exhibited an increasing trend over the past 10 years.

The agro-ecological diversity obtained in the country enables production of potatoes almost around the year. However bulk of the potato crop is harvested from January to March. Potato can be safely stored up to 6 months. The autumn crop is placed in cold stores in addition to feeding the instant market.

The market prices during these months Jan-March are lower than the remaining months. This encourages exports to different countries.

The potatoes are broadly categorized into red skinned and white skinned.  It is almost a native crop to Pakistan. A number of potato varieties have been introduced in Pakistan from time to time, mainly originated from Holland. The prominent varieties are white skinned varieties known as Sante, Santana & Diamont

We (M/S Al-Shareed Enterprises) are exporter of fresh potatoes from Pakistan and have been exporting potatoes to our clients since many years. We always look to explore new markets by joining hands with new customers while strengthening relationship with our existing customers for long-term mutual benefit.

Please feel free to contact us for more information. 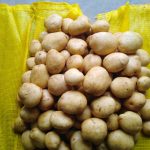 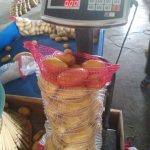 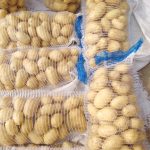 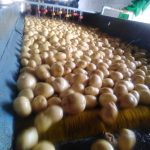 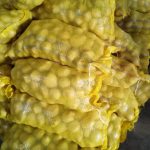 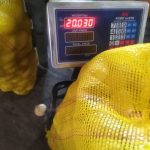 Pakistan is the sixth largest producer of Kinnow (mandarin) and Mandarin Kinnow in the world.

Mango is a delicious fruit grown in slightly less than ninety tropical and sub-tropical countries in the world.

Pakistan is blessed with vast agricultural resources on account of its fertile land, well-irrigated plains